British Columbia, Canada’s most westerly province, is full of magnificent towering mountains, and in the winter, they’re coated in snow! Hand-in-hand with the snow comes skiing and snowboarding resorts dotted throughout the province. It’s no wonder British Columbia hosted the Vancouver 2010 Olympic and Paralympic Winter Games. Huge verticals, epic snowfalls, expansive backcountry, diverse terrain, spectacular scenery and a mild winter climate provide the perfect combination for big mountain skiing and family-friendly resorts too. Ski in Canada is another way to spend your vacation, you might interested to check out some deals in Bluepowder.com.au. 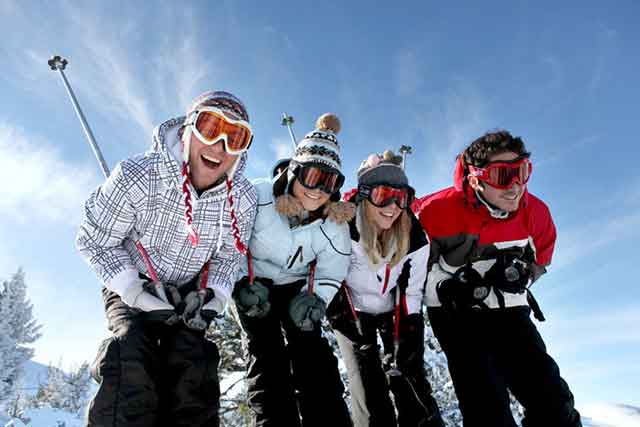 British Columbia currently has 13 major ski resorts which offer skiing and snowboarding on everything from wide-open terrain and tree lines to black-diamond steeps and chutes. Most of these resorts offer ski-in, ski-out accommodations, rentals and lessons.

Vancouver, Coast & Mountains – this region offers some great and the most accessible skiing in British Columbia, as all are a quick drive from the city of Vancouver. There are three ski mountains within the greater Vancouver area where one can enjoy stunning ocean and city views of Vancouver. They are: Cypress Mountain, Grouse Mountain and Mount Seymour. Cypress Mountain hosted many 2010 Winter Games events.

Whistler, a two-hour drive north of Vancouver is an award-winning resort town and was the 2010 Winter Games’ official host mountain resort. It has been named best ski destination in North America by US-based Skiing Magazine for an unprecedented 13 consecutive years, with the best apres-ski scene on the continent. The two mountains of Whistler Blackcomb hold the record of offering the most skiable terrain than any other destination in North America. There are over 200 runs, three glaciers, and many terrain parks. Whistler is also home to a record breaking gondola – the PEAK 2 PEAK Gondola, which links Whistler and Blackcomb mountains, transporting skiers on a quick and scenic 11-minute, 4.4 km/2.7 mile ride.

For a smaller size skiing experience, east of Vancouver are Hemlock Valley (near Harrison Hot Springs) and Manning Park Ski Resort. Both are less popular and have pristine surroundings with the benefit of uncrowded slopes. 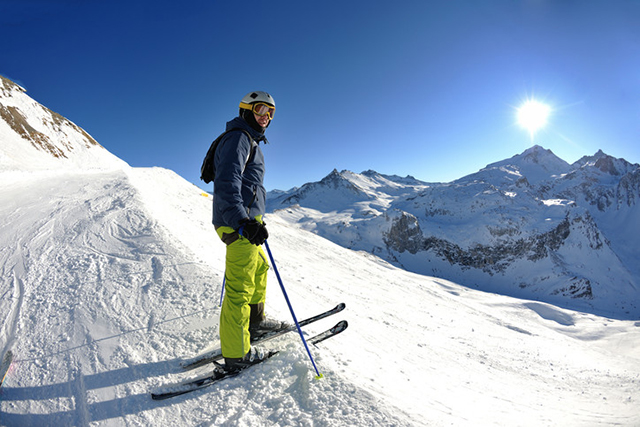 Vancouver Island – the island’s location between the Pacific Ocean and the Strait of Georgia makes for the perfect combination of creating heaps of a deep and all-natural snow base which is perfect for skiing and snowboarding. The average snowfall is in the range of 10.5m/35ft.

Mount Washington Alpine Resort is located within the Comox Valley and is the biggest ski area on the island. It has been voted to be in the top twelve for Best Powder, by Ski Canada Magazine. Mount Washington’s chairlift glides to a mile above sea level, offering visitors an incredible 360-degree panoramic view of the Strait of Georgia and the Sunshine Coast from Powell River to Sechelt, with the peaks of the Coast Mountains behind them. Closer at hand, the many peaks adorning Strathcona Park’s Forbidden Plateau region look just as spectacular.

Mount Cain Alpine Park is situated two hours northwest of Campbell River. Heaps of untouched powder builds up during the week, as this winter park is only open on weekends and Mondays. It is operated by the non-profit Mt. Cain Alpine Park Society and is Vancouver Island’s only community owned and operated snow activity facility with tons of enjoyable and challenging runs. As the mountain is located in the interior of the island, it is known for drier snow than other Coastal mountains and fabulous spring skiing conditions.

Kootenay Rockies – over half of BC’s big ski resorts are situated in the Kootenay Rockies area. Also known as the “Powder Highway”, there are four amazing mountain ranges within this region: the Monashees, Purcells, Selkirks, and Rockies and up to 12-18m/40-60ft of light, dry powder falls each year. When visitng the Kootenay Rockies you can expect shorter lift lines (than the Coastal Mountains), open and less busy slopes and a friendly atmosphere. Since there are so many resorts all within a short proximity of the “Powder Highway” skiers can easily sample a diverse variety of slopes in one trip. The resorts include:

Thompson Okanagan -This region is known for champagne powder snow and for being very family-friendly with terrain to satisfy every skiing level of ability. In a single season, up to 7m/23ft may fall on the slopes. Voted on Ski Canada magazine, the Thompson Okanagan resorts have been recognized for having great ski-in/ski-out accommodations. The resorts include:

Northern British Columbia – Big powder dumps, breathtaking landscapes, exhilarating tree-skiing and steeps and fresh tracks are just a few things one can expect when venturing up to the north. Oh yes, and no queues and charming small-town friendliness too! And not to mention, the season is nice and long too – November openings with April closures. There are three main ski resorts: Hudson Bay Mountain Resort (24km/14mi west of Smithers), Powder King Mountain Resort at Pine Pass (67km/42mi northeast of Mackenzie), and Shames Mountain (35km/22mi west of Terrace).

Cariboo Chicotin Coast – ah, sunny skies, no crowds and a peaceful, laid-back vibe on local hills – what more can anyone ask for? This region has some amazing skiing terrain. There are two skiing areas to explore: Mount Timothy Ski Area (100 Mile House) and Troll Ski Resort (Wells). Both ski hills draw a local crowd and are out of the mainstream. Expect dry, light powder and a welcoming atmosphere.

Clay is a writer for Sun Peaks Resort, a bc winter resort north of Kamloops, BC. Sun Peaks Resort offers ski vacation packages for all types of winter vacations: active, relaxing and even romantic!